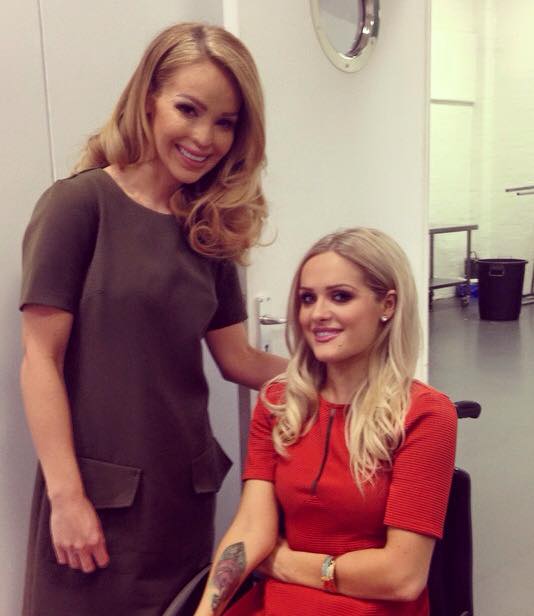 On Friday 3rd April I was honoured to join Katie Piper on the catwalk at the Ideal Home Show. Katie had previously presented two days of her inspiring fashion show; Confidence, The Secret which gave models with disabilities & illnesses the chance to show the world they’re more than their visible or invisible differences. Therefore, as you can imagine, being asked to join in on the final day of the show and be interviewed by Katie in front of hundreds of people was such a fantastic opportunity that I couldn’t turn down.

When I arrived at the Olympia London I was greeted by a sea of smiley faces. Katie instantly introduced me to all of the models, makeup artists and hairstylists making me feel very welcome. I felt like I had known Katie forever with her kind friendly nature which was so lovely. She is truly an amazing, strong, beautiful and extremely inspiring woman who oozes confidence in a down to earth way. 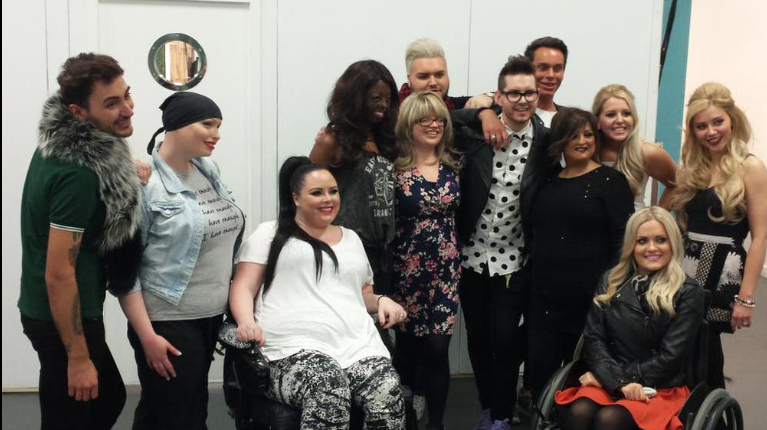 Once I was introduced to everyone and the glam squad I then had my hair and makeup done which was a nice change as I’m always doing my makeup. In fact it was so nice to wake up and not have to get completely ready (always nice to step out of the door fresh faced!). Thinking back I remember for years I would never leave the house without makeup on but ever since doing my YouTube videos I’ve become more comfortable in my own skin. Once my hair and makeup were done I then went and watched the first show of the day where Katie spoke a bit about her story, beauty, fashion and confidence. The models then flaunted their stuff on stage and they all looked fab! Even though I didn’t know everyone very well I felt extremely proud of everyone involved in such an empowering show.

At 1.30 it was time to head backstage to wait until I was called onto the catwalk… 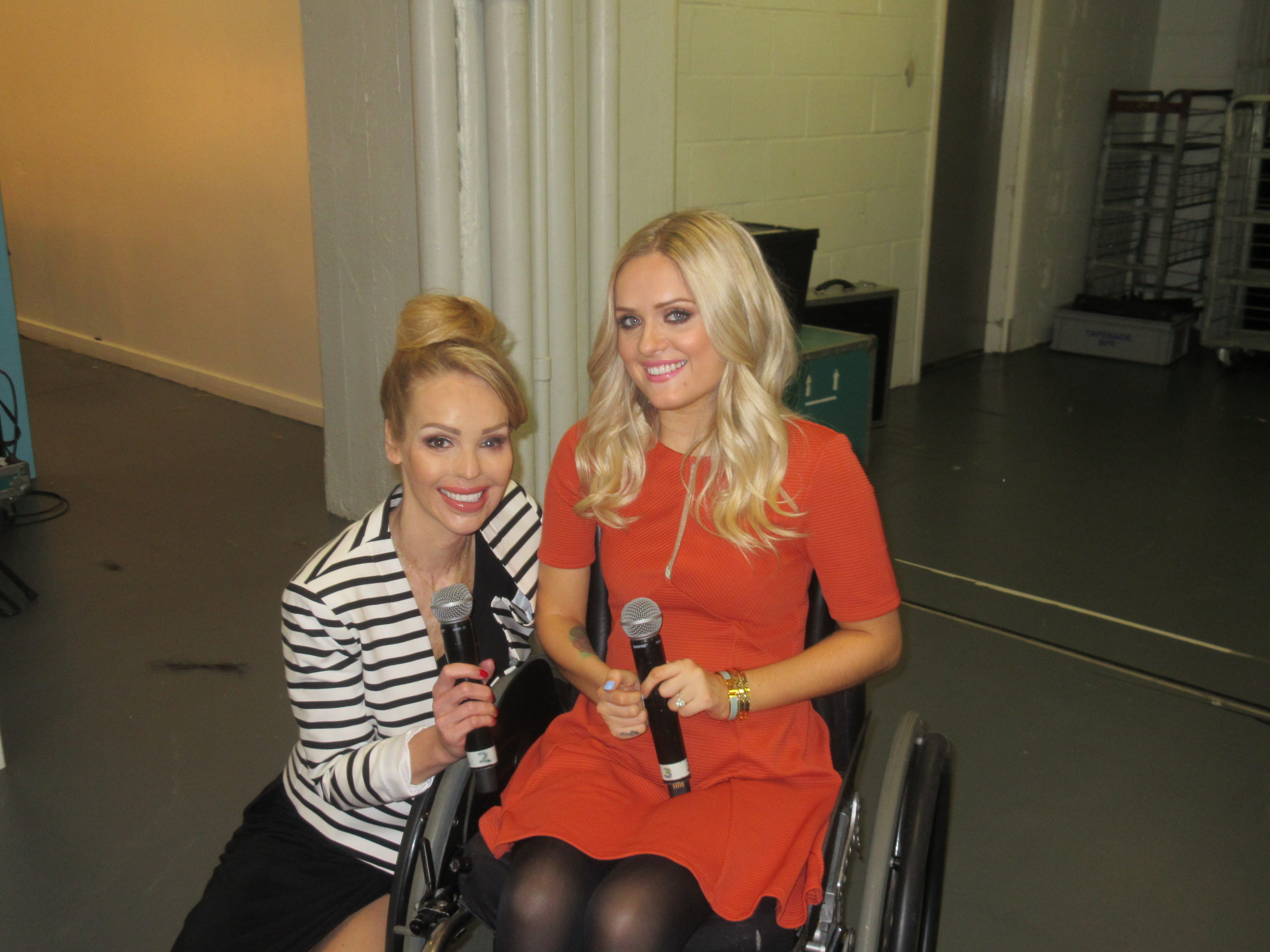 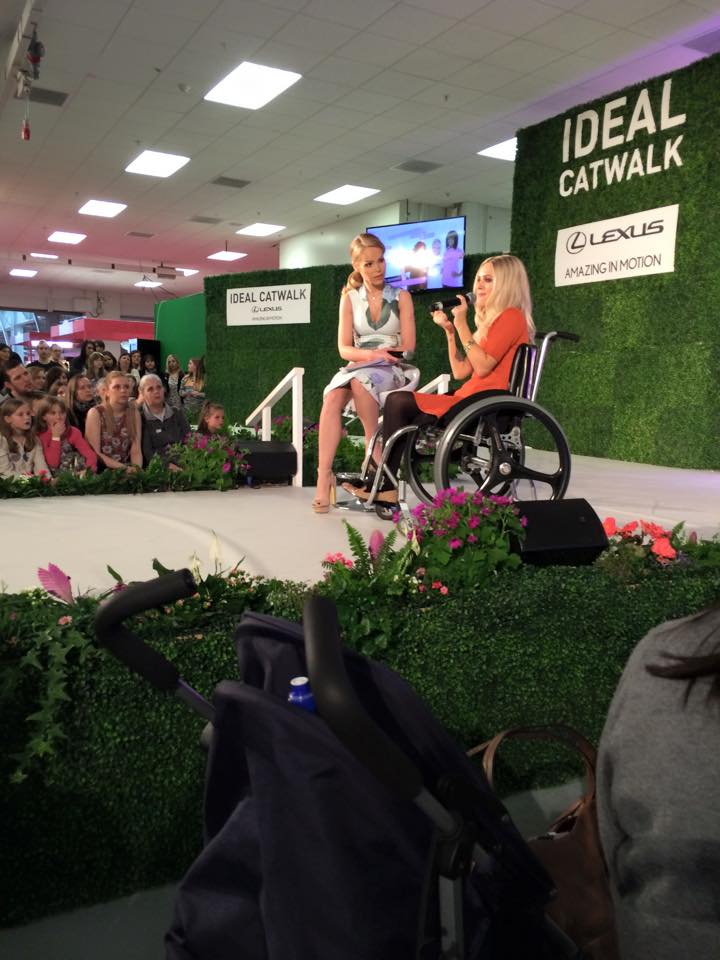 Before I went on stage I was so nervous, I don’t think it helped that I was so exhausted after a few days without much sleep, but as soon as Katie introduced me on to stage and with the sound of the audiences applause I felt at ease. Katie asked me questions about my thoughts on beauty and confidence which you can watch in the vlog below. It was such a natural conversation it felt like I was just talking to a friend in front of lots of other friends as the audience were so lovely. I then went on stage with Katie again at 3.30 – I was so glad we got to do the interview/chat twice. I really hope it inspired at least one person.

Speaking alongside such an inspiring woman has made me more motivated to spread positivity with everything I do.

I would absolutely to work with Katie again in the future. Girl power all the way!!