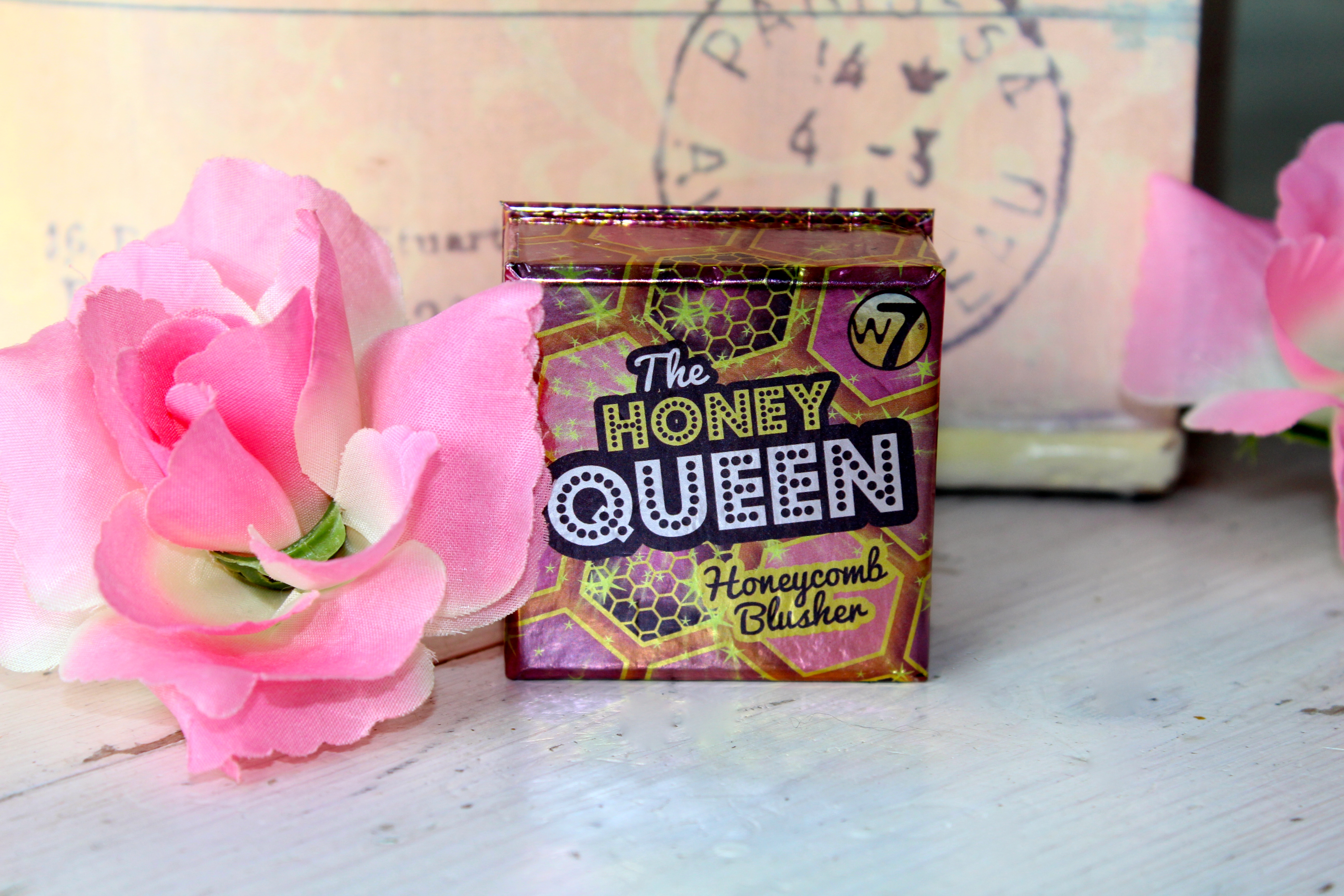 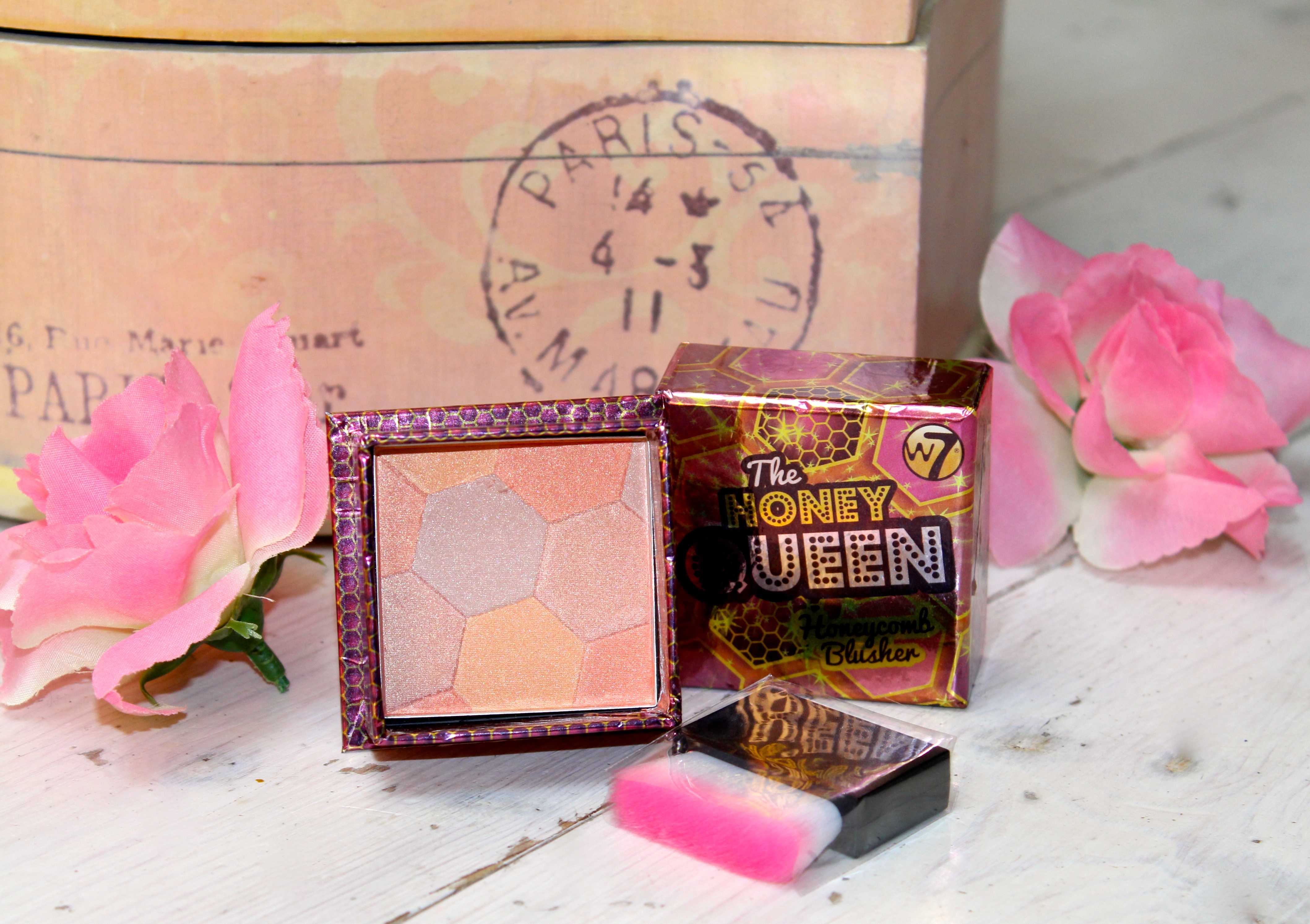 Its obvious but sometimes affordable makeup just isn’t the best quality but amongst the bad we can find hidden gems which become some of our favourites. Just last week W7, an affordable cosmetic brand, sent me their Honey Queen blusher* and I haven’t stopped using it since. The first thing I noticed about this blush was the packaging, its bold, pretty and looks suspiciously similar to another brand *cough* Benefit *cough*. Inside the boxed blush you’ll find a cute mini brush which has a small black handle with white and pink bristles. I have to say I never use these brushes as I never need to and they’re never great but I guess it is a nice touch if you’re somebody who likes to touch up throughout the day whilst you’re out. The blush itself is made up of a combination of shades which is made up into a honeycomb pattern. I’m not the greatest at describing colours so won’t go through what every honeycomb pattern shade is but you can see in the photo above. Once you swirl your brush through the combo of colours you’re left with a pretty peachy rose gold colour which is slightly iridescent. It looks so beautiful on the cheeks and although it isn’t the most pigmented blush in the world it is definitely one that you can build up to intensify the colour. I’ve also found that with this blush it isn’t necessary to apply a highlighter because it leaves such a pretty sheen to the cheeks. The blush doesn’t look talcy (although, obviously contains talc) and the shimmer it leaves isn’t made up of chunky glitter but a fine shimmer – yay. The best bit? It only costs £4.95! Such a bargain.