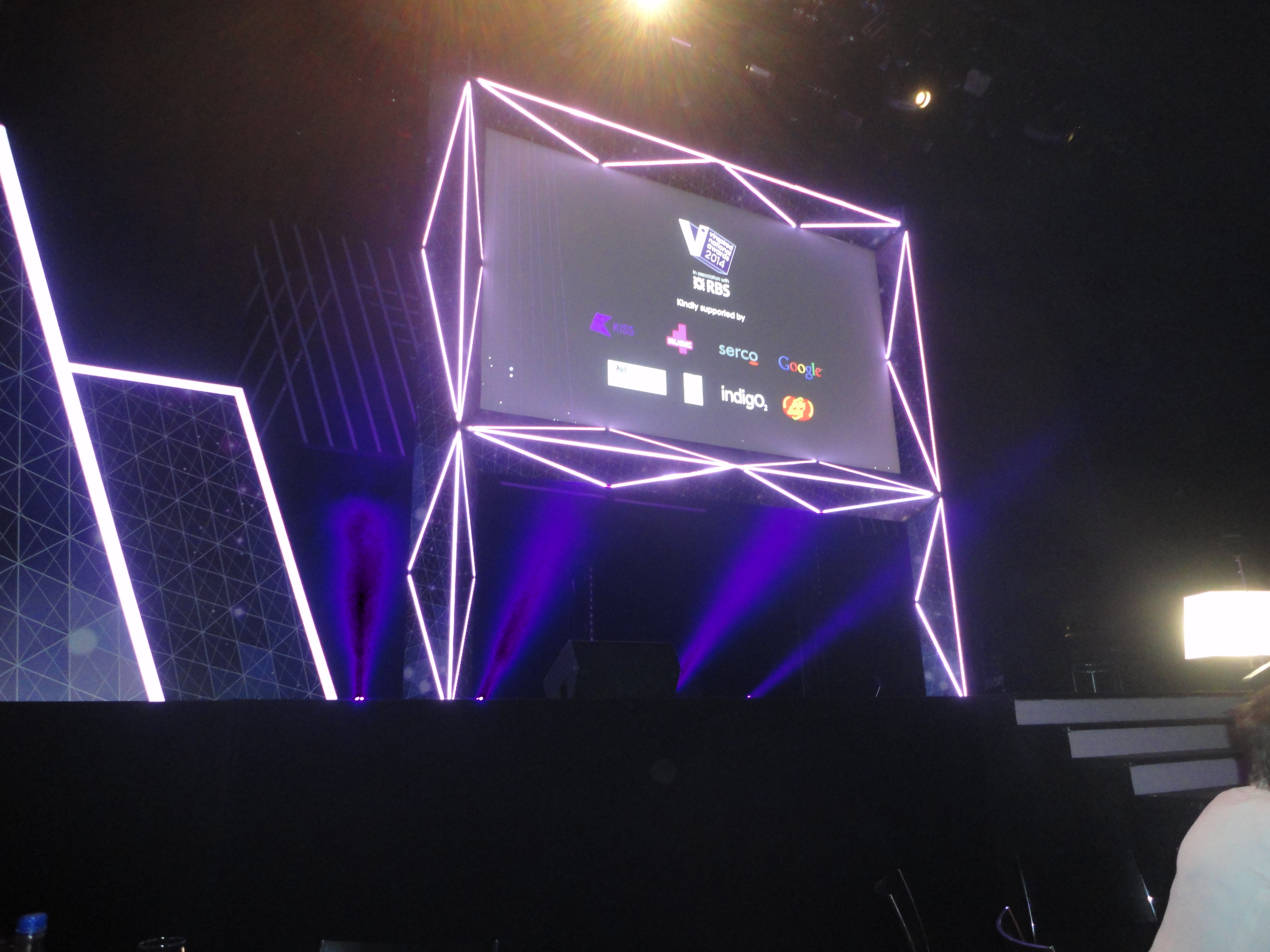 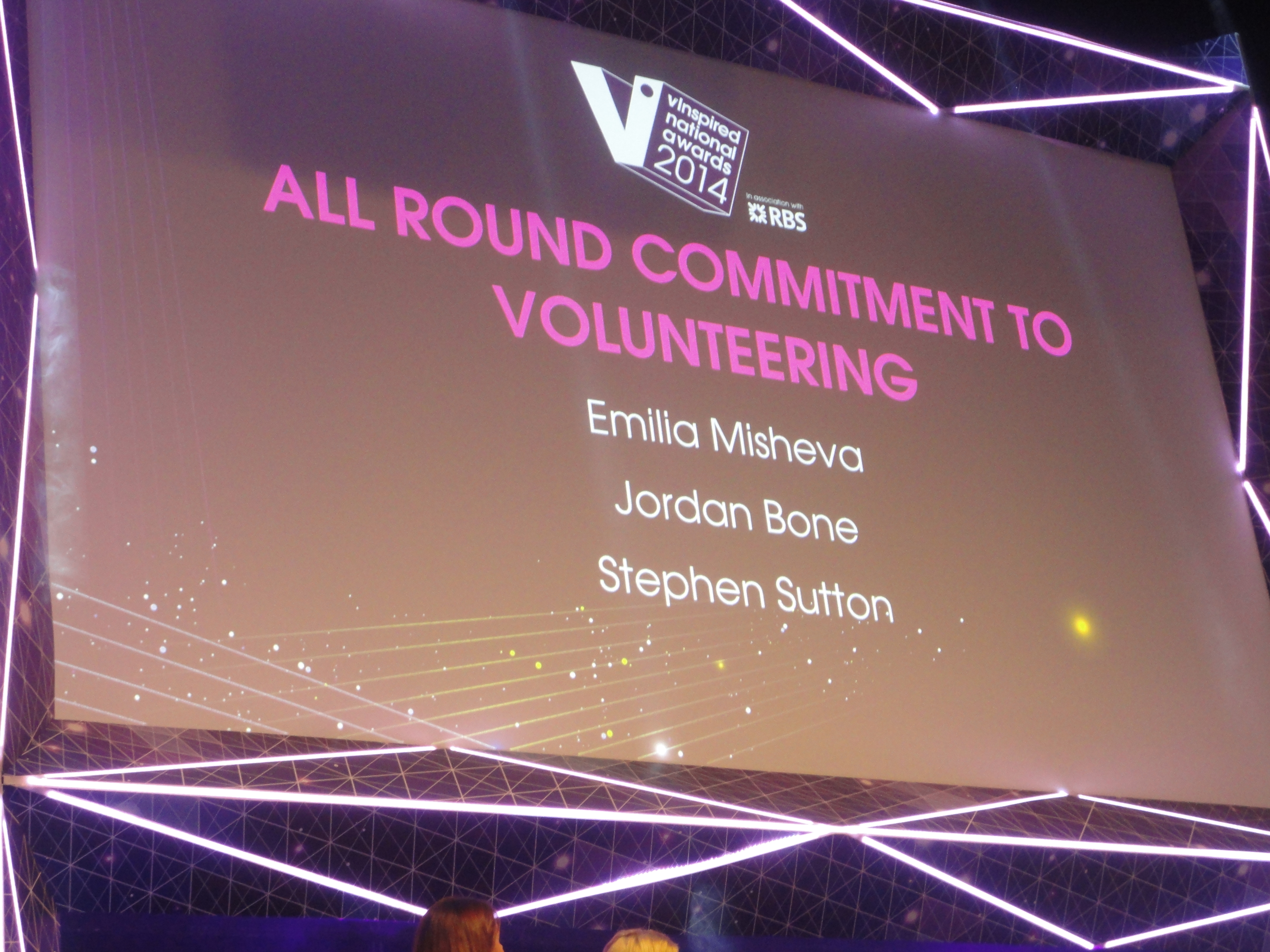 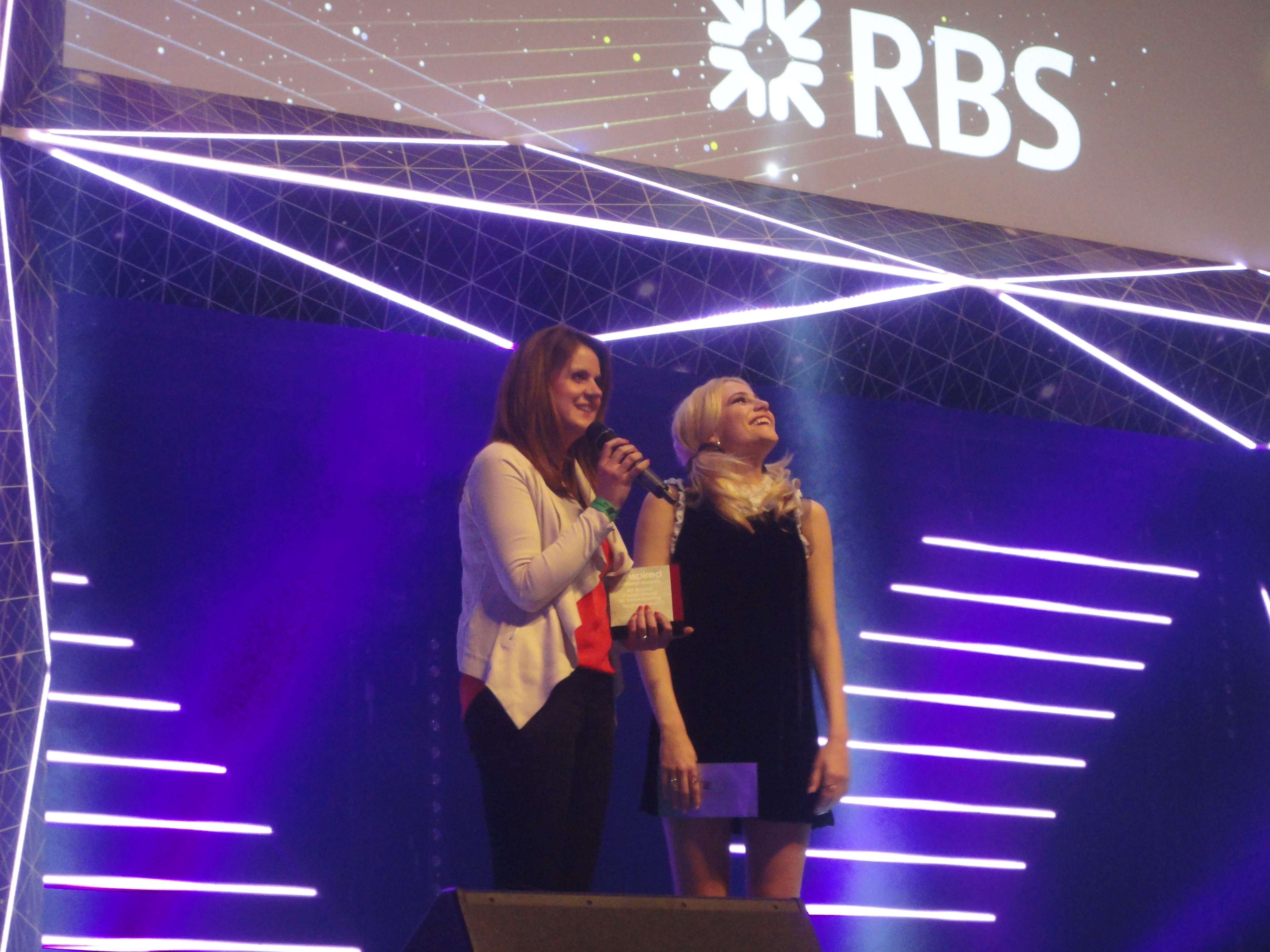 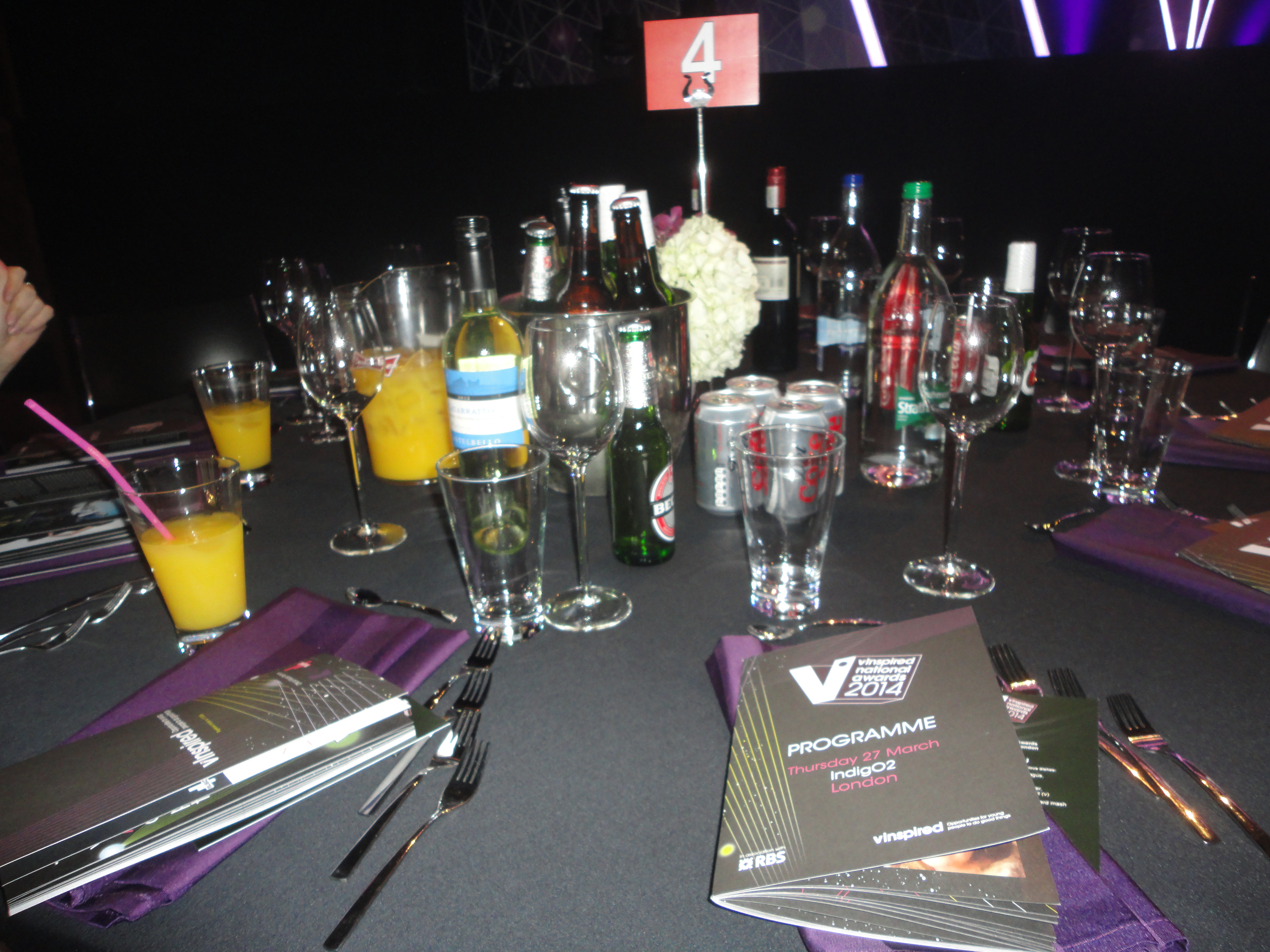 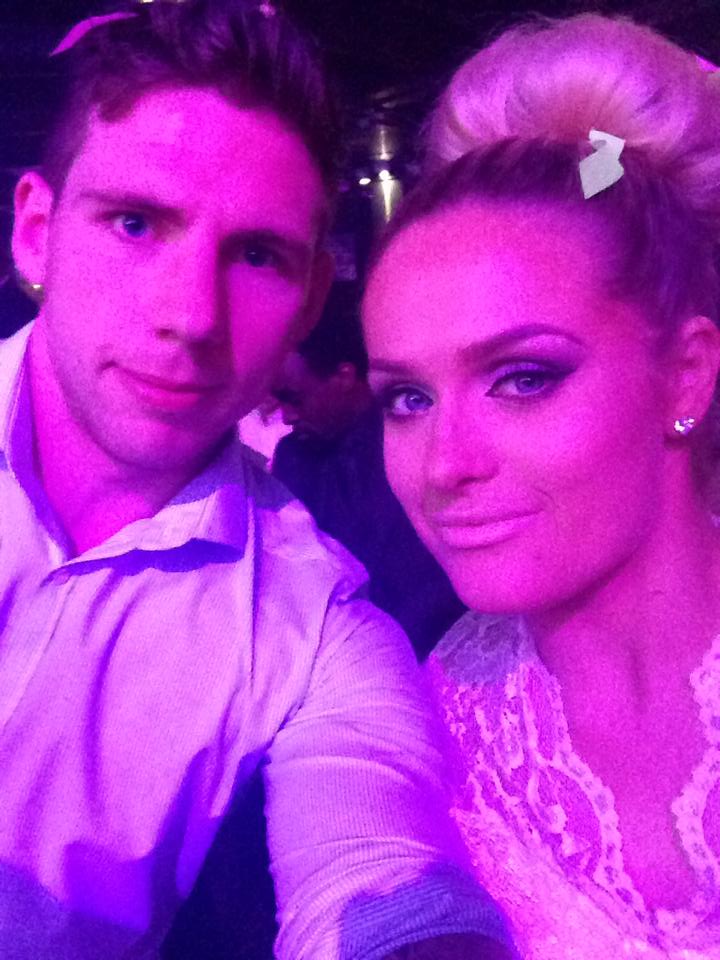 Last night I was lucky enough to attend a very inspiring night at the Indigo2 in London. It was the annual Vinspired National Awards and I was actually nominated. I had previously won the regional award for my road safety campaigning/motivational speaking which I was super proud of and to be told I was a national finalist for the all round commitment to volunteering award was an honour.

When Mike & I arrived we got to our table which was literally beside the stage so we had an incredible view. The table was jam-packed with alcoholic & non-alcoholic drinks, I opted for the white wine. One downer of the night was that I was so cold, it felt like a fridge in the room but I get cold so easily. The food began to come out and I was ravenous as I hadn’t had time to eat anything all day. My face dropped when I saw the tiny sample sized bowls of food but it was so yummy! I had a vegetarian ravioli and risotto but didn’t get dessert as our table got moose and I can’t eat it being a vegetarian. My stomach still rumbling I decided to fill myself up with more wine of course…and then the show started.

The first award that was given out was the category I was in, all round commitment to volunteering, along with two other inspiring people. Two KISS DJ’s read out something about each of us and then showed video footage of us each speaking about what we do. Handing out the award was Pixie Lott so it was cool that she got to see a bit of my story. I didn’t win but the winner was such an inspirational person who has dedicated so much time to volunteering so I was very privileged to even be in the same category. During the night Neon Jungle, Elyar Fox (didn’t have a clue who he was!) and Pixie Lott all performed. Apparently Louis Spence came out too but I think I must’ve been in the toilet or something!

Overall the night was heart-warming. I was blown away by how many amazing people there are out there making a difference to our country by volunteering in their own unique way.

To find out more about Vinspired check out their website here.